A couple of weeks ago, Engadget posted a design contest. The winners would get their design laser-etched on the back of a Kindle. The contest closed on Friday, and I decided on Wednesday night to give it a shot...

Thursday morning rolled around and I went to work with a vague idea of what I wanted to do. I printed out an image of the kindle back and drew these layouts. 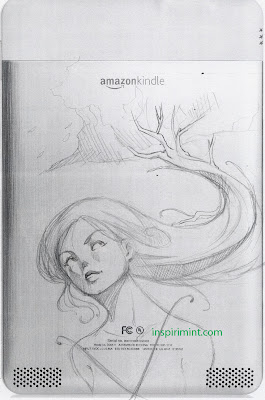 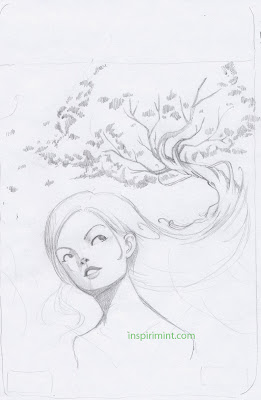 The second sketch.
When I got home Thursday night, I traced the first sketch in order to scan the lineart. Since it was drawn on top of a very dark print-out, it would have been very difficult to manipulate. 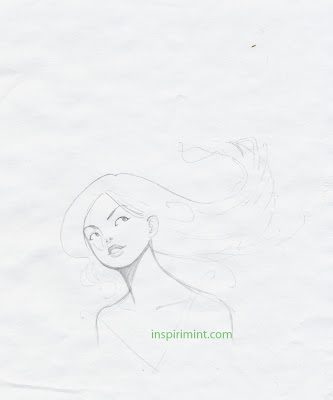 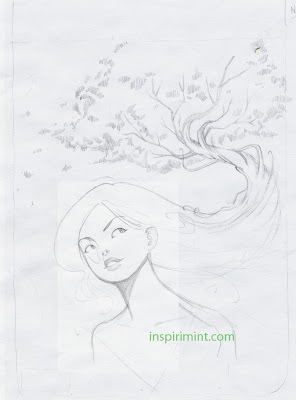 The face of the trace superimposed on the tree from the second sketch.
By the end of the evening on Thursday, I had the image scanned onto my computer, and I had began inking it using Flash CS4. One of the rules for the submissions was that the final image must be in vector format. I had the choice between using Adobe Illustrator or Flash, and chose Flash because it's pretty hard to sketch in Illustrator and someone suggested that I try it out. 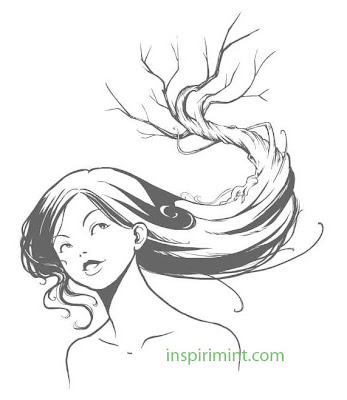 The image manipulated in Flash.
During the course of the day on Friday, I realized that the image was due at 11:59PM ET, not PST where I'm at. I got home at 6 and saw that I had a little over 2 hours to work on the image, not the full 5 I was banking on. Our resident programmer helped out by writing a small piece of code to generate the random texts in the tree. The image below is the final design and what it would look like on the back of a Kindle 2, should it be selected as one of the winning pieces! 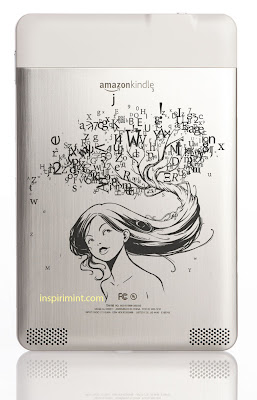 Click to enlargenize!
The tree was inspired by the designs on the back of the original Kindle. I think the flow came out really well, but I wish I had those extra 3 hours to smooth out some details.

The winners of the contest will be chosen by voters, so please check back in the near future for a link to the voting page. I hope my design is selected! I would really love to see this picture laser-etched onto a Kindle.
Posted by spyra at 9:44 PM