Putting the "graphic" back in graphic design.
One of the primary purposes of good design is to effectively get a message across. The world of commercial advertisement sets a vast stage for designers to showcase their talents, and today, with such an oversaturated market, artists are pushing the boundaries of creativity to grab your attention.

Here's a look at some ads that deliver what I'd like to call the "graphic punch." Shocking? Definitely. Effective? You tell me.

The Montana Meth Project is a large-scale prevention program aimed at reducing first-time meth use by presenting teens and young adults with highly graphic ads.

These print ads deliver the "shock factor" with quite a punch, and along with video and radio ads of a similar nature, the project has produced significant results since its inception in 2005: Meth use among teens in has declined by 45%, Meth-related crime has dropped 62%, and workers testing positive for Meth have declined by 72%.

"You remain anonymous, criminals don't." These Crime Stoppers ads deliver the clear message using the blur tool. Their realistic depiction of crime scenes (albeit with a bit of Photoshop manipulation) reminds us of the importance of witness-provided information in catching criminals. 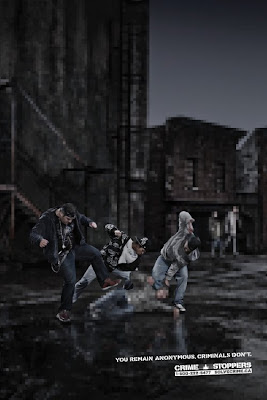 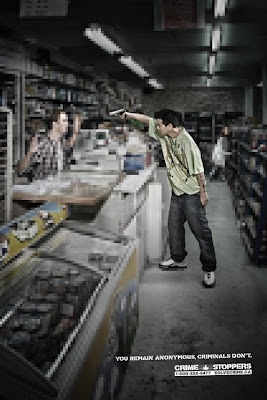 The following ads by Czech group Freedom for Animals are a great contrast with the glamorous posters we typically see for cosmetics in magazines. They aptly remind you of the pain and suffering animals go through to bring you the products you use. As TYWKIWDBI writes, One doesn't have to be a supporter of the PETA fringe to be impressed by the immediacy of this ad. 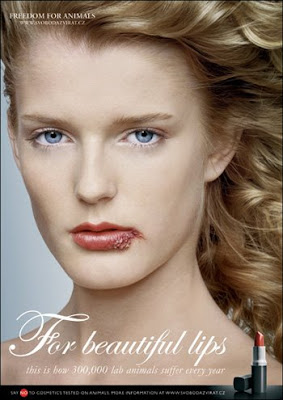 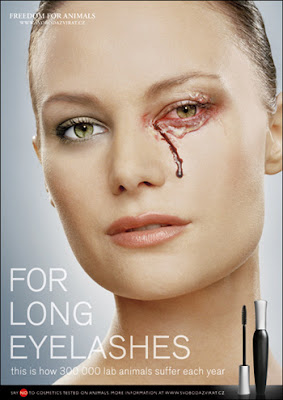 Feed SA is a South African charity aimed at delivering food to poor, starving children. Their decal images posted at the bottoms of shopping carts show sad kids reaching up at you, reminding the shopper how easy it is to put food in their hands. These inexpensive decals resulted in increased donations and a significant boost in website traffic. (via) 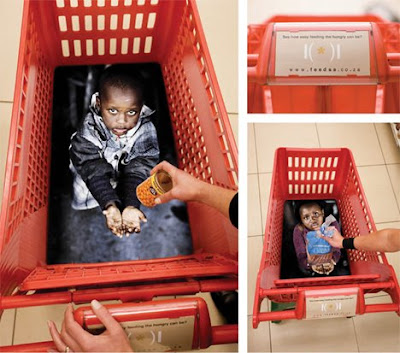 Ads with gruesome and realistic photo manipulation shock us into paying attention to them. Although they may or may not realistically depict what they are advertising for, don't they still make you feel a bit differently toward their cause?
Posted by spyra at 7:55 PM