Inspiration from Light Years Away 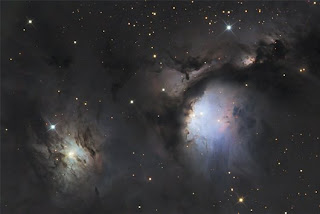 M78 and Reflecting Dust Clouds in Orion
NASA's achievements in exploring the cosmos serves as an inspiration to all of us. The colorful images inspire painters, the concept of light-speed travel inspires physicists, and the possibility of exploring the unknown inspires authors, designers, and engineers. For more than a decade, NASA has posted one picture each day featuring our universe with a brief explanation. Embedded here are just a few select pictures from APOD. 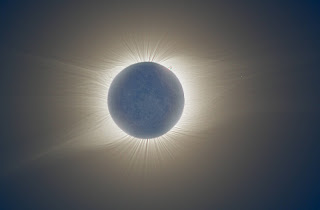 The Crown of the Sun 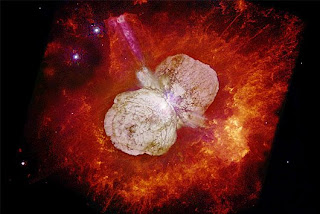 Eta Carinae and the Homunculus Nebula 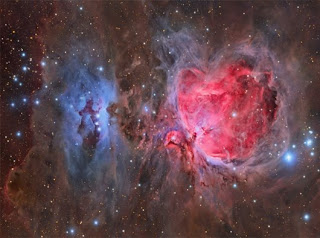 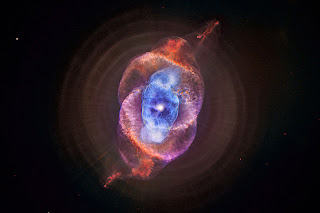 X-Rays from the Cat's Eye Nebula

What I find more impressive than NASA's thousands of gorgeous images taken with billion-dollar telescopes are the photographs taken by amateur astronomer Professor Greg Parker, who took pictures using his backyard 11-inch telescope. He was able to produce an image of a star-like quasar that was almost 12 billion light years away-- the hypothesized age of the entire universe. 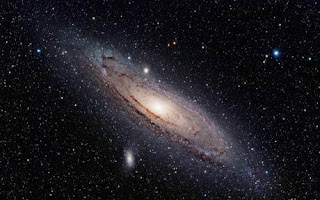 Now, before anyone reading this thinks they can just go out and take pictures of these magnificent nebulae and galaxies, keep in mind that each picture is comprised of several hundred to thousands of exposures that lasted 1 to 20 minutes each, and a digital camera mounted to the telescope had to be specially cooled down for such long exposures. For a single composite image, there's over 40 hours of exposures each! With the help of an expert astrophotographer, Professor Parker was then able to put together these thousands of exposures into images like the one above, comparable to what has been taken on the Hubble telescope.

Like many of us, Professor Parker's fascination with astronomy stems from his childhood. His dream, no matter how far-fetched they seemed at the time, eventually led him to taking these gorgeous deep-sky images from his own back yard. What are some of your childhood aspirations? Do these images inspire you?

Email ThisBlogThis!Share to TwitterShare to FacebookShare to Pinterest
Labels: science