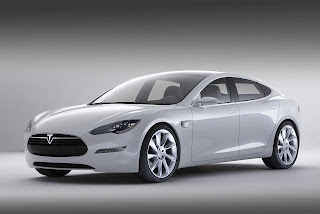 My favorite thing about Tesla Motors? It's a progressive car company that goes against the pressures of selfish and manipulative big-oil corporations and produces only high-quality, long-lasting, and green(er) all-electric vehicles. They recently unveiled their second production car, the all-electric Model S. It's not the super sexy sports car that the Tesla Roadster is, but it's much more reasonably priced ($50k after a $7,500 tax break—half the price of the Roadster) and family-friendly. 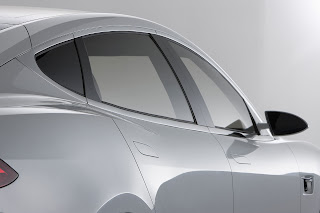 So why electric? Battery-powered electric vehicles are a cleaner alternative to those that run on petrol-based fuel. Pollution from oil-powered motors has burdened this planet tremendously up until now, and will continue to cause problems for us, our children, and our biosphere for centuries to come, unless we do something about it. Advancing technologies and the development of greener technologies over the recent years show us that there are people and companies out there who still value our planet's future. 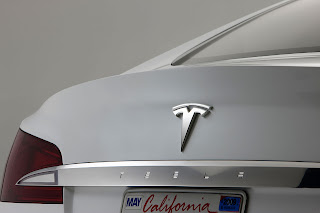 How is the performance? Any auto enthusiast will tell you that no matter how pretty a car looks on the outside, the engine needs to perform up to par. The Model S has a single-speed transmission that will go from 0 to 60 in 5.5 seconds.

Electric vehicles (EVs) like the Teslas don't even have traditional engines that need to constantly run to power the car. They take the energy from rechargeable batteries as needed to accelerate. The Model S has interchangeable battery packs for 160-mile, 230-mile, or 300-miles ranges in one charge (depending how much you want to spend).

EVs are more efficient and have much fewer parts that need to be maintained, repaired, or replaced than with traditional combustion engines. I don't know about you, but I hate taking time and money to get maintenance for my car. With an EV, all you need to do is take it in every 5,000 miles to get the tires rotated and the windshield fluid refilled. (According to Wikipedia, Toyota Prius vehicles have been known to go over 180,000 miles without ever needing a battery replacement.) 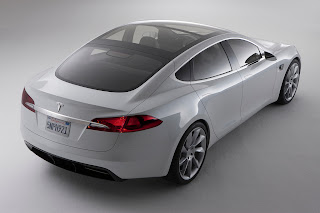 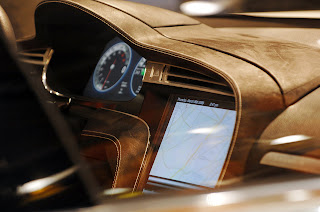 What's with all that space? Since electric cars have smaller engines, the area under the hood is just a cosmetic big vacant space. The Model S has its trunk in the front, so there is extra room in the back for more seating (for a total of 7 passengers). I was most impressed with this little factoid: the cabin can fit a mountain bike with its wheels still on, a surfboard, and a 50-inch TV—all at the same time. How spacious! I had no idea that taking out the engine of the car would free up so much space. The dashboard also comes with a 17-inch touchscreen monitor that connects to the Internet via wireless 3G. No buttons touchscreen? This is how modern technology should be implemented. (You can find a list of the rest of its features over at Autoblog.)

And I love how the entire roof is transparent! It's like the front and back windshields extended to connect with one another. I can imagine myself in a parking lot somewhere just to watch rain splatter on top of the car. Or maybe stargazing when it's cold. 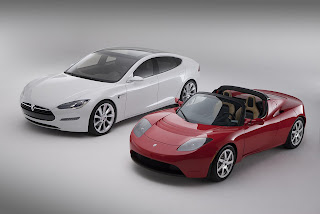 The Model S side-by-side with the Tesla Roadster

Will I really save the planet by driving an EV? If not for the lower cost of operating the vehicle in the long run, having a lower environmental impact is the best reason for going electric. Of course, there's no thing as zero environmental impact, especially when it comes to mass-production automobiles. But even with the energy it takes to make the batteries, EVs are zero emission vehicles, are much more efficient in utilizing the energy, and are driving the market to develop better technology for the future. 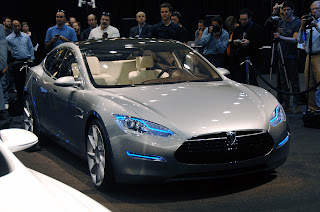 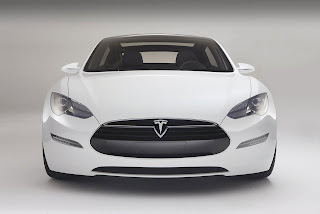 I recently watched the documentary Who Killed the Electric Car? (IMDb), which shocked and angered me to see how power-hungry big corporations are. They banished the electric car even though it was cheaper to produce, was more environmentally friendly, and highly desired by consumers. Why? The auto industry is tied to the oil industry, and electric cars do not benefit oil companies. Instead of putting out efficient clean-air cars, they decided to market Hummers and the like, driving gas prices up and the economy to the ground.

I believe that when people are aware of and understand the facts, they will, on average, make the choices that benefit everyone. Large corporations have been manipulating the market for decades by misleading the public by with skewed information. Now, with the expansion of the Internet and other news sources, it looks like information is slowly being brought back into the hands of the people.

In the third grade, I remember a music teacher who came in once a week and taught us a song about the electric car and how amazing it (the technology) was. Growing up, I often wondered why I had never seen an electric car out on the road, even though the technology had been developed and highly praised.

Seeing companies like Tesla break the mold and bring back the electric vehicle really warms my heart. The development of cars like the Model S shows that there still are people who care to invest in technologies and the environment. 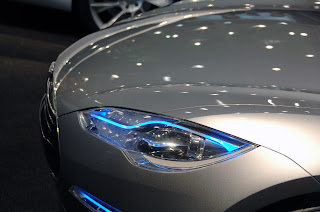 As designers, we are all responsible for one important task: to improve the quality of life. I think cars like the Model S will be much better for posterity than gas-guzzlers, don't you?

The question is, should we be producing all these cars (electric or not) in the first place?